A road in Nea Vyssa i Greece cuts through the landscape. The majority of migrants try to enter Greece by crossing the border to the North-Eastern Evros region. The river Evros runs between Greece and Turkey, and constitutes the border stretching 200 kilometers (124 miles) between the two countries. Migrants try to cross the river in small boats during the night, and a number of them drown trying. Tracks and small roads lead from the river to villages in nearby hills. A great number of the migrants are caught in the military zones near the river. At least 96.398 illegal immigrants were arrested by Greek police in the first nine months of 2010. 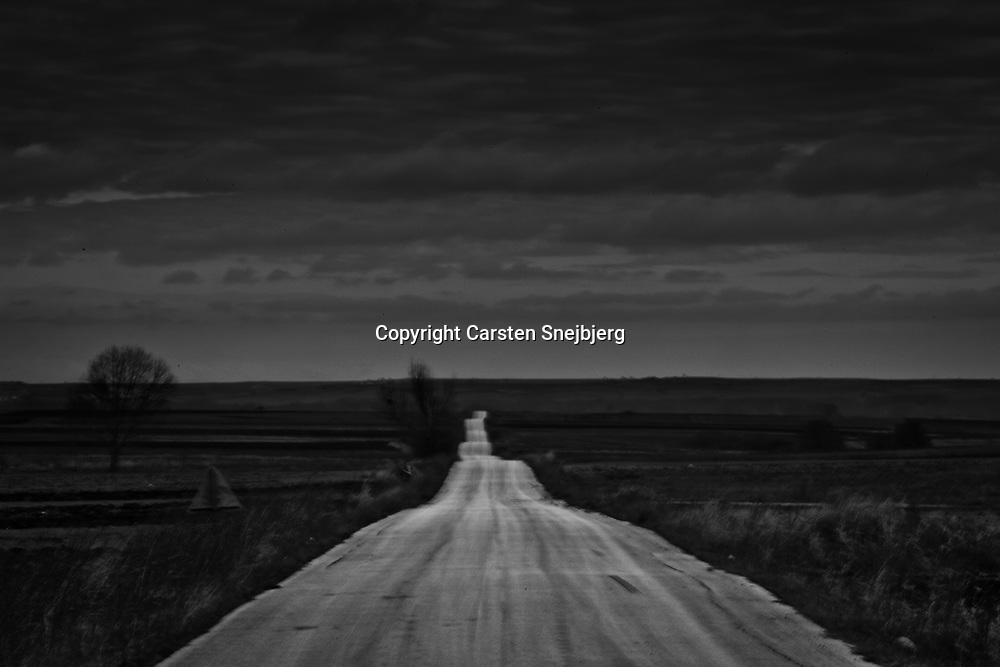